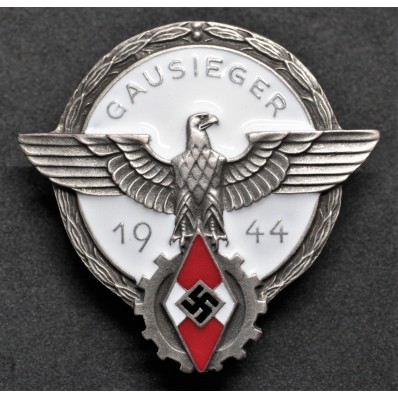 The members of the Hitler Youth were viewed as ensuring the future of Nazi Germany and were indoctrinated in Nazi ideology, including racism. The Hitler Youth appropriated many of its activities of the Boy Scout movement (which was banned in 1935), including camping and hiking. However, over time it changed in content and intention. For example, many activities closely resembled military training, with weapons training, assault course circuits and basic tactics. The aim was to instill the motivation that would enable its members to fight faithfully for Nazi Germany as soldiers. There was great emphasis on physical fitness and hardness and military training than on academic study. Sacrifice for the cause was inculcated into their training. Former Hitler Youth, Franz Jagemann claimed for instance that the notion "Germany must live" even if they (members of the HJ) had to die was "hammered" into them.
The Hitler Youth were used to break up Church youth groups, and in anti-Church indoctrination, used to spy on religious classes and Bible studies, and interfere with church attendance. Education and training programs for the Hitler Youth were designed to undermine the values of the traditional elitist structures of German society along with their privileges; their training also aimed at an obliteration of social and intellectual distinctions between the classes, so as to be replaced and dominated by the political goals of Hitler's totalitarian dictatorship. Besides promoting a doctrine of classlessness, additional training was provided that linked state-identified enemies such as Jews with Germany's previous defeat in the First World War, and societal decline. As historian Richard Evans observes, "The songs they sang were Nazi songs. The books they read were Nazi books."

Commemorative Cross for the centenary of "Arditi...